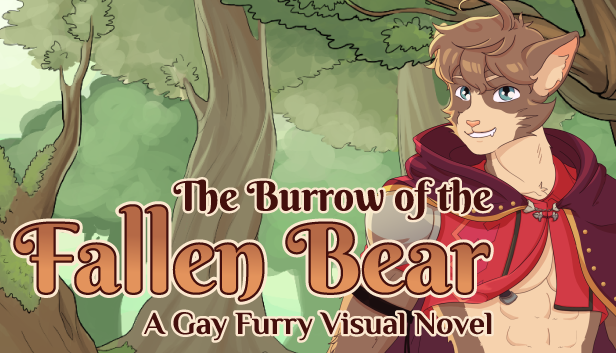 We’re so thrilled to announce that Furry Heroes will receive a pre-sequel. Burrow of the Fallen Bear: A Gay Furry Visual Novel is a game, full of fantasy and some RPG elements, in which you’ll be (really) introduced to Furry Heroes’ world.

In this adventure, you’ll play with Krile while he is on his first mission to prove to everyone he deserves the right to save the Furry Heroes from their curse.

This will be our second published novel (it will be ready before you notice!) and since our team loves fantasy and RPG elements (as you all), we brought them to this game. Everything will happen through a classic choice system, but there will be items (for example) that can lead to new narrative branches. Wishlist it right now to help us in this new project!

We’ve been working really hard on it, and for those who want to have a glimpse of it, we’ll release a draft build on our Discord in a few weeks. So, if you haven’t joined it yet, do it right now!